The primary is on August 11 and the general election is on November 3. This is a two-seat district and we’re running together because we believe we can be an effective team for this district.

I have a long history of local leadership. As many of you know, I served previously in the legislature, leading work on affordable housing and the environment. I am also a well-known community leader, having served as town moderator, helping to found the Manchester Community Land Trust, for my work chairing the Burr and Burton board of trustees and as a founder of The Shires, a county-wide organization with the mission of tying the county together both socially and economically. I am perhaps best known for my work as President of Hildene, an organization transformed during my tenure from a house museum to a world-class cultural heritage site that draws thousands and thousands of people to the area each year. 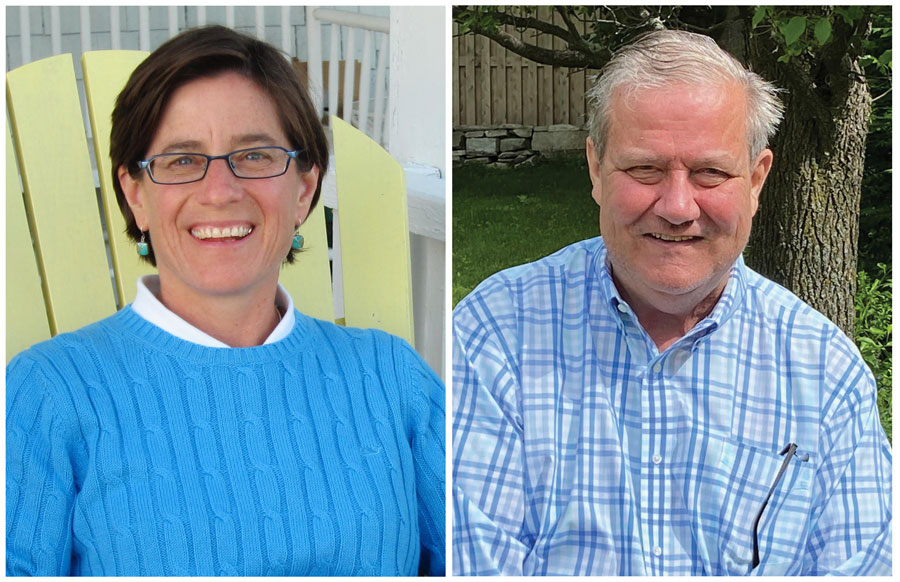 Kathleen is an incumbent in the Vermont house with a reputation for collaboration and results. In her first term as a state rep, she served on the Education Committee and was appointed to the six-state New England Board of Higher Education. She worked with a bipartisan group of legislators to found the new Tourism Caucus and was elected to the leadership team of the House-Senate Climate Solutions Caucus. She is also a member of the tripartisan Rural Economic Development Working Group and the Social Equity Caucus. Here at home, Kathleen helped to form the Southern Vermont Communications Union District, which was approved by 12 communities on Town Meeting Day and has been named one of 12 vital economic projects for our region. The CUD just won a $60,000 grant and is working to bring broadband to underserved roads and regions in Bennington County. This groundwork will prove invaluable if the state is successful in directing federal stimulus dollars to broadband expansion across the state. In the House, Kathleen has been an effective advocate for paid family leave, strong schools, and climate action in the context of a sustainable green economy of the future. She was also named one of three “Rising Stars” by the Vermont Conservation Voters for the 2019–2020 biennium.

Nobody in the legislature gets anything done by themselves. In the professional workplace of the statehouse, you get results by working well with your colleagues. We both have proven track records — a demonstrated ability to get things done through the right combination of leadership and collaboration. Even as we look forward to working closely together for the benefit of our district, we’re also independent people and independent thinkers. We may not always vote exactly the same, but we’ll always work effectively with each other, with our colleagues in Montpelier, and with the people we serve.