Hard Decisions to Save Our Retirement System 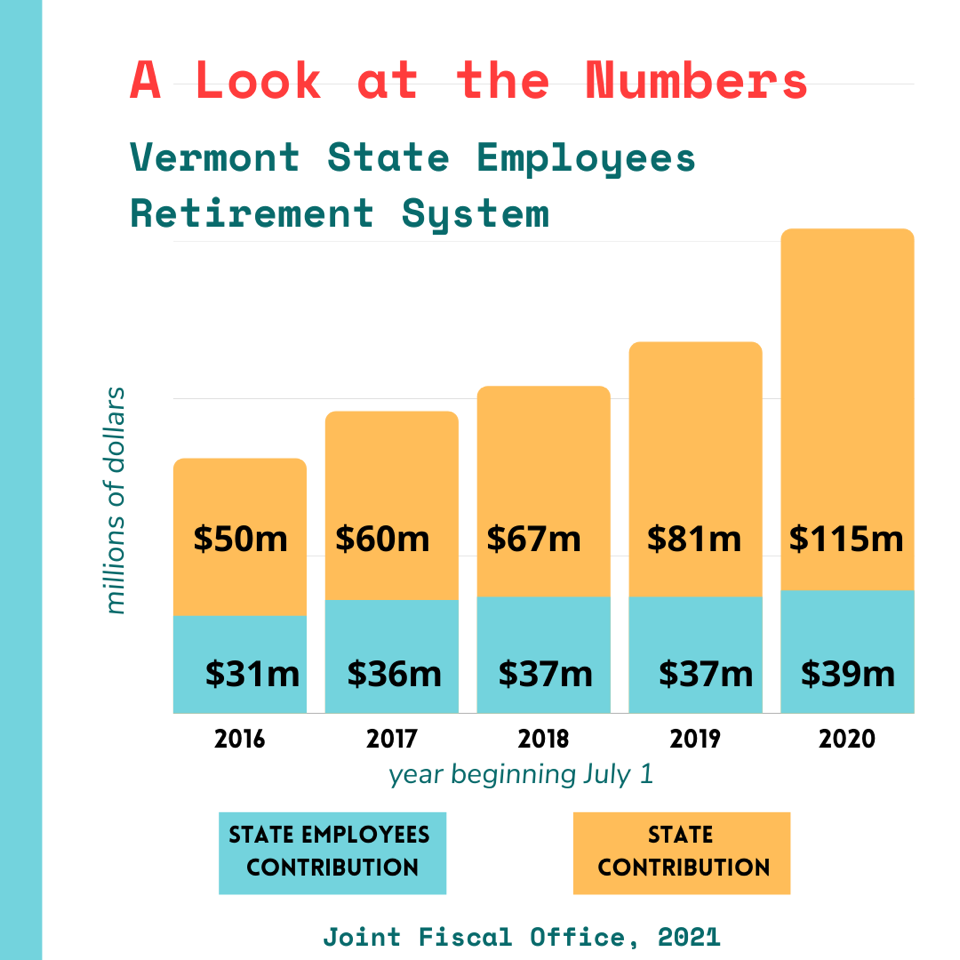 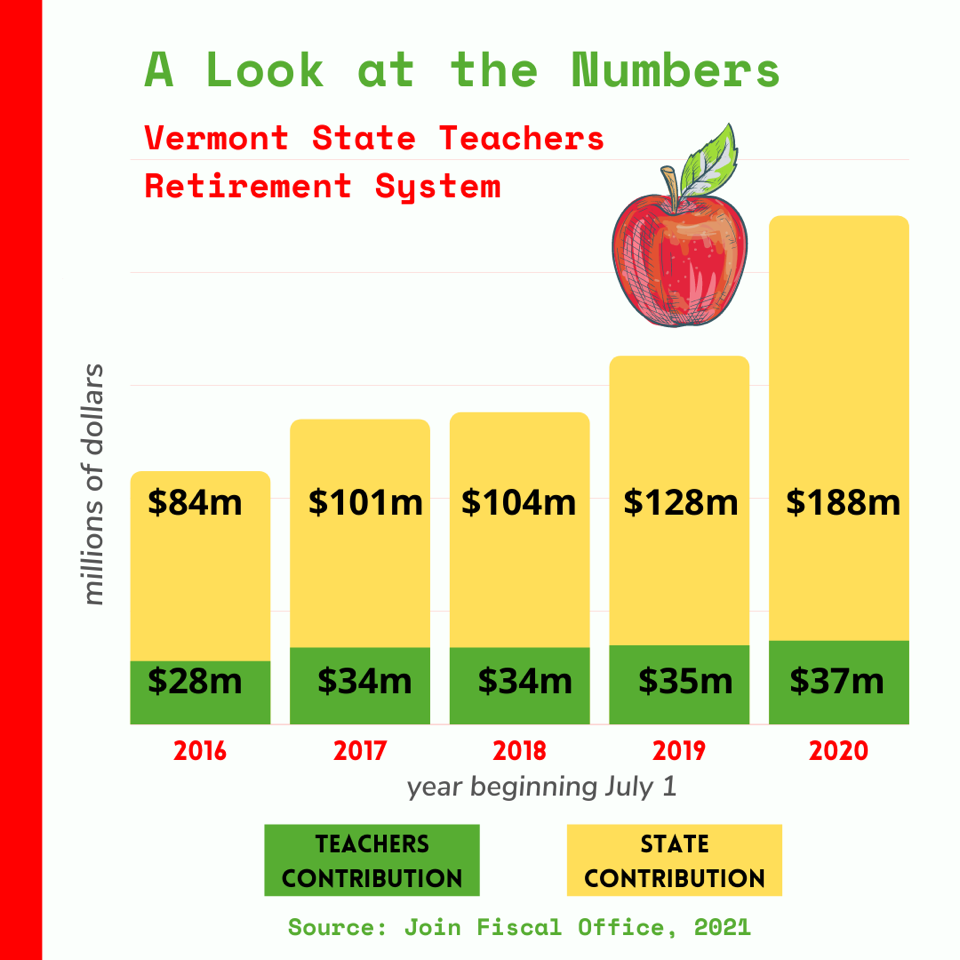 For the past several months, we’ve been studying the financial crisis that threatens the long-term solvency of the state’s public pension system. We’ve read the reports and testimony, attended fiscal workshops, talked to colleagues, and listened carefully to the voices of our valued teachers and state employees.

When we say that teachers, troopers and state employees are among the front-line heroes of the COVID 19 pandemic, it’s not a platitude. Our gratitude comes from the heart. And we understand the magnitude of the career, family and financial decisions that you have made, often over many years, based on the benefits you have been promised.

Above all, we understand that this is a very tough time to be talking about pension reform. But the hard truth is that if we fail to act, the pension fund will fail, leaving thousands of teachers and state employees without retirement savings. And the longer we wait, the harder and more expensive it will become to save our defined benefits system. We must make difficult decisions now, so that teachers, troopers and all state employees can rely on a well-funded, solvent and sustainable system in the future.

We believe in defined benefits. History has shown that they keep people out of poverty in their post retirement years and play an important role in supporting a solid middle class. When properly designed and managed, defined benefits are the most reliable way to provide a secure retirement.

The pension system is in trouble for many reasons. One reason is that, in the 1980s and especially through the 1990s and early 2000s, the legislature did not put enough money into the system. Another is that the oversight boards, made up of both union and government representatives, based the actuarial tables on unrealistic rates of return and the length of time Vermonters would be receiving benefits. Another reason is the often-poor investment decisions made by the board. Yet another factor is the toll taken on the fund by the Great Recession of 2008–2009. (Prior to the recession, both systems were fairly well-funded.) And finally, demographics like longer life expectancies and earlier retirements put significant pressures on the funds, and neither the oversight board nor the legislature responded quickly enough.

When we talk about saving the pension system — and asking hard-working teachers and state employees to do more to help accomplish that— we must first ask whether the state is doing its part.

Since 2008, the state has not only paid the full contribution every year, but also, in an attempt to right the ship, added a total of $81.5 million and $55 million in additional one-time dollars into the teacher and state employee funds, respectively. Unfortunately, even these enhanced investments have not been nearly enough to keep the gap between the money coming in and the money projected to go out — the so-called “unfunded liability” — from spiraling higher. Right now, the funds face a combined unfunded liability of more than $5.6 billion. The state employee system has 66.4 percent of the assets it needs to meet its promised pension benefits, while the teachers fund only has 51.3 percent.

In FY22, the State of Vermont — namely, taxpayers and everyone who benefits greatly from the hard work of our state employees and teachers — will contribute roughly $316 million in total for both funds. In total, pensions and other retirement benefits now account for 13 percent of the General Fund, with a roughly $100 million increase projected from FY21 to FY22 — and no end in sight to the growing cost of the annual share the state must cover.

Between 2019 and 2022, the state’s contribution nearly doubled, from $167 million to $316 million annually. That’s an important and necessary investment in our valued public workforce. But that rate of growth, continued unchecked, is not sustainable. It also represents a substantial opportunity cost. The rising amount of money put into the pension system, year after year, means there are investments we cannot make in other critical areas, including early childhood, affordable higher education, reasonable tax rates and workforce training. We’re working to keep our promises while balancing these needs.
Of course, employees contribute their pension share, too — about $75 million total in FY22. And over the years, we know that you have always paid your portion and accepted changes to your plans, too. But employee contributions equal about one-third of the annual bill that’s due. They have remained relatively flat as negotiated, regardless of fund performance. The state pays not only its regular contribution, but also 100 percent of the sizeable unfunded gap that grows bigger every year.
At this point, about one-third to one-half of the total unfunded liability can be traced to the years of state underfunding. The rest of the gap is linked to factors like changing demographics — more Baby Boomers are retiring and living longer (thankfully!) — and a reduction in the rate of return we should realistically expect the funds to earn. Also, as mentioned above, although the stock market has boomed over the last decade, our funds’ investment returns have been subpar and fallen well short of goals. That’s why a key part of reform is to professionalize the governance of our pension system, provide more rigorous oversight, and to analyze its performance more frequently.

It’s important to make sure that everyone understands how serious the situation is, and also understands which proposed solutions can and cannot make a meaningful difference. The two of us, along with many other deeply concerned legislative colleagues, have submitted ideas and will continue to do so.

For starters, the legislature is proposing that we contribute an additional $150 million in FY22. This cash infusion is in addition to the $316.2 million we have appropriated for both funds in FY22 and the $72.3 million we’ve appropriated for post-retirement benefits. While federal stimulus funds can’t be used to shore up struggling pensions, we do have a once-in-a-lifetime opportunity to use our COVID-19 emergency relief to free up other General Fund dollars and make this significant $150 million investment.

As a barometer of how deep the difficulty runs, the extra $150 million serves only to reduce the unfunded liability from $5.6 billion to $5.45 billion. There is no alternative to structural change. Still, over time, this extra appropriation would reduce unfunded liabilities by approximately $500 million as they earn at the new projected (and more realistic) rate of 7 percent.
The two of us have also talked at length about the suggestion that we levy an income tax surcharge or look for other dedicated revenue sources. While we’re open to considering all realistic suggestions, our state’s nonpartisan, independent Joint Fiscal Office has described these initial revenue proposals as “thimbles in an ocean.” Revenue changes alone can be part of the answer, but can’t solely solve this problem.

In late March, House legislative leaders put forward an initial proposal that was intended as a starting point. It included these possible considerations:

-Payment of the full public pension cost for FY22 at $316 million
-$150 million in one-time additional money (contingent on reform), for a total of $466 million
-No changes for current retirees or those within five years of normal retirement
-Plan changes for all other active teachers and state employees, including increased contributions, risk- and reward-             sharing, age-based retirement, and other factors that also reduce liabilities by an estimated $500 million over time
-Significant restructuring of the system governance via the creation of a Vermont Retirement Commission, with increased professional financial expertise, less political decision-making, and greater oversight and transparency.

We hope we can all keep coming to the table with constructive ideas; for example, we have asked to explore a longer “glide path” or tiered approach to benefit changes that goes well beyond the proposed five-year cutoff. While we haven’t seen a fiscal analysis for this idea, it would roll out benefit changes in a gradual manner over 20 years, whereby the closer you are to retirement, the less your benefits change. We also listened carefully during the two recent public hearings, when many teachers and state employees voiced passionate opposition to proposed changes to retirement age.
If nothing else, the initial ideas floated by the Government Operations Committee have gotten everyone’s attention and made clear the depth of the crisis. House Speaker Jill Krowinski has now slowed the process slightly to allow time for the legislature, the Governor and the unions to work together toward a viable solution. While we have until Fall 2021 to find agreement on the economic solution, she has made clear we must fix the governance structure now. And this short-term slowdown — a decision we support because it requires collaboration — cannot lead to anything but action, or we will find ourselves with a larger hole to fill.

If we make decisive changes, over the next two decades the State of Vermont must still continue to invest far more than employees, but both the state’s payments and employee payments will be more sustainable and predictable. We fully recognize that any viable solution will have very real impacts on your lives, but letting the pension system fail would be disastrous not just for teachers and state employees, but for all Vermonters.
Is the situation in which we find ourselves fair? No, it’s definitely not fair. But given the enormity of the problem, we are deeply committed to finding the fairest solution possible. If Vermont’s pension equation remains unsolved, it not only threatens the financial security of employees who are relying on the system, but threatens Vermont’s bond rating, business climate, and our entire economy. By way of worst-case example, in Illinois — a state facing the most serious pension crisis in the nation — the rising pension debt has trashed the state’s credit rating, cuts into essential services, and consumes $31 of every $100 that taxpayers send to the state (Chicago Sun-Times).
We will not let that happen here. Vermont has always met its challenges. We will stay closely attuned to the progress of the Government Operations Committee and the summer task force, and we will advocate strongly for workable solutions that lessen the impact on teachers and state employees and keep the promise of a secure retirement that we have made to you.

We are eager to hear from you — we certainly have no intention of shying away from difficult conversations. Please call or send an email with your ideas. Or you can submit written testimony and we’ll make sure it reaches the Government Operations Committee.
We believe that resolving this crisis is the smart and responsible thing to do. We are committed to making sure your retirement system is stable and solvent, for you and your families, in the future.
Please reach out. Below we have shared a number of resources that have informed our thinking. We hope you will look them over, too.